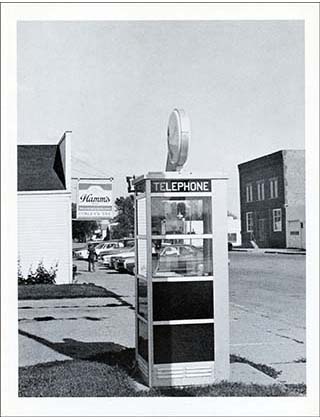 Owen called the magazine Telephone in part because of the regional social differences she noticed in poetry communities. She remembers that while her usual habit was to drop in on folks in the Midwest and West Coast (where she was from), in New York City, the telephone was a necessary prelude given the nocturnal schedules of her poet friends. To echo the telephonic theme, Owen printed the magazine on legal-size paper that reminded her of the telephone booths that dotted New York City at the time (Interview with M.C. Kinniburgh).

Owen's vision for Telephone was a literal telephone book of poets, that included as many people as possible. A single issue could house up to 90 contributors, and approximately 630 unique contributors appeared in the magazine over the years. Many of these contributors later had their manuscripts published as Telephone Books, an imprint that Owen began in 1972 and continued well into the 2000s, with a shared mission to publish experimental and under-published work and distribute it generously.

Inventory of comprehensive collection here. The collection has been sold; Individual copies of items may be available. The Telephone Books and Magazine Collection.