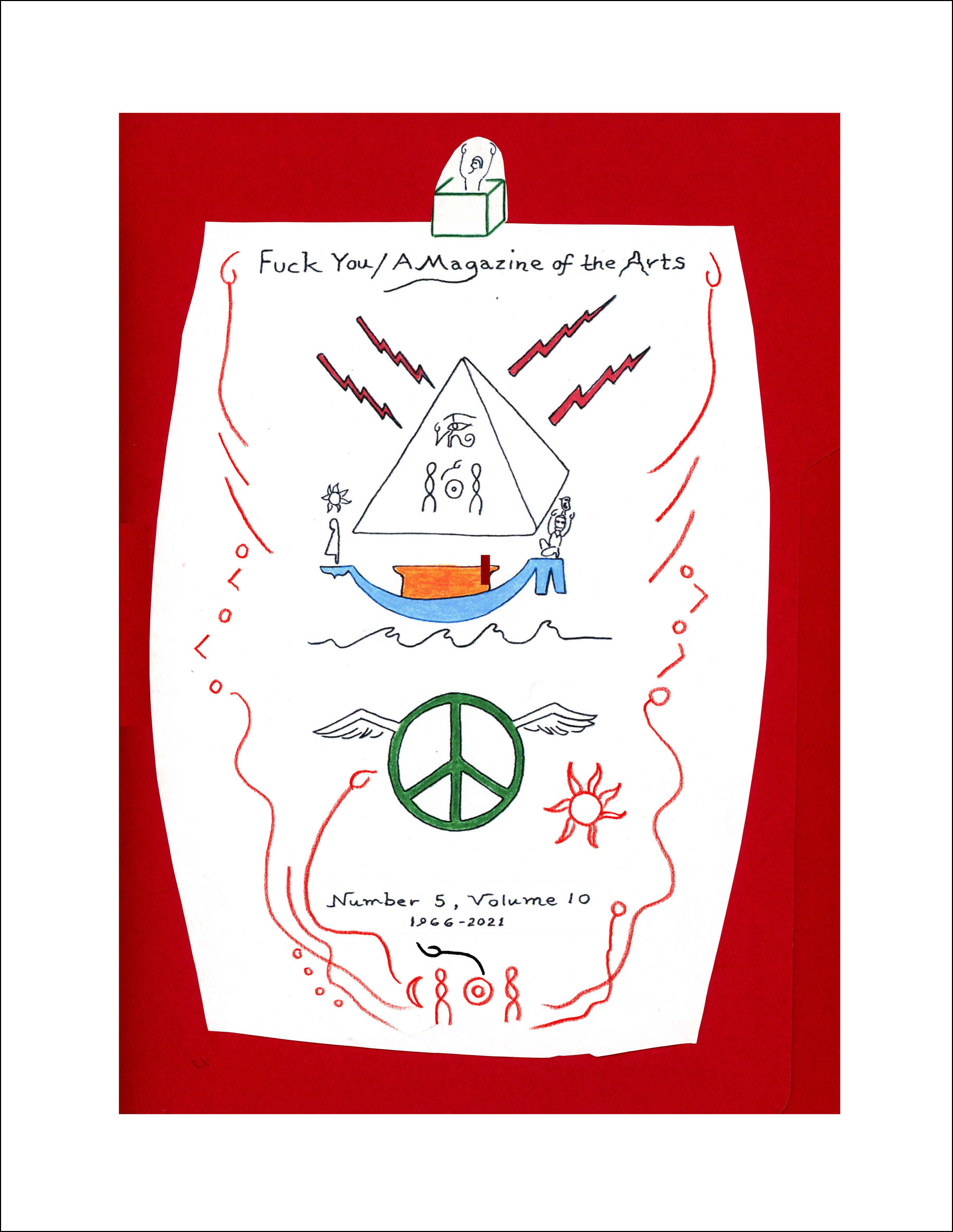 Granary Books is pleased to offer for sale recent works by Edward Sanders, including Fuck You/ A Magazine of the Arts, vol. 5, no. 10 (1965/2021), and five limited-edition bardic glyph-books.

This publication of Fuck You was not released as intended in 1966; Sanders had been arrested on obscenity charges, and his lawyers (at the A.C.L.U., which took his case) advised that he cease publishing until the case was resolved. Fortunately for Fuck You fans, he has revisited this long-awaited issue and it is ready for release. Side-stapled in the spirit of its mimeographed siblings, with work by Charles Olson, d.a. levy, Szabo, Michael McClure, Henry Fainlight, Robert Anton Wilson, and Sanders, the magazine also includes images of the prepared mimeograph stencils and holograph poems that were set to be published decades ago.

The five "bardic glyph-books" are presented as unbound leaves and housed in a rigid set-up cardboard box with a title page affixed to the lid, and subjects include the occultist and folklorist Harry Smith, poet Charles Olson, the history of the Peace Eye Bookstore, "InvPo" or investigative poetics, and the historian Alf Evers. These bardic glyph-books were produced by the author in Woodstock in limited editions ranging from 5 to 50 copies. A Life of Olson & A Sequence of Glyphs on Points of his Life, Work & Times.

Peace Eye: A History in Glyphs