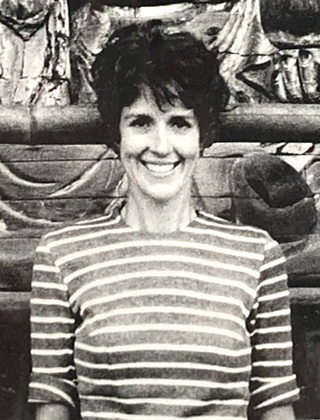 Granary Books is pleased to present a short list of books, chapbooks, and broadsides by Joanne Kyger.

Joanne Kyger was a prolific poet. With over 30 publications, her work was published by Angel Hair, Arif Press, Black Sparrow Press, Smithereens Press, Nijinsky Suicide Health Club, Libellum, and numerous other small and independent presses. She collaborated Larry Fagin, read with Bobbie Louise Hawkins, taught poetry at Naropa University, The New College of California, and Mills College, and edited the Bolinas Hearsay News. Kyger was a singular poetic voice who gave attention and importance to the quieter, delicate moments that make up life, and she was, as Alice Notley remembers, "one of the women who's shown me how to speak as myself, to be intelligent in the way I wish and am" (Arshile: A Magazine of the Arts, no. 5, 1996).

Included in this list are 27 publications spanning Kyger's luminous career. From her first book, The Tapestry and The Web (1965), to more recent work, such as Not Veracruz (2007), this list focuses on Kyger's small press books and broadsides. The Fool in April. "The hindrance of lustful desire...." A One Page Unpublished Poem for My Friend John Wieners. Some Sketches from the Life of Helena Petrovna Blavatsky. Trip Out & Fall Back.